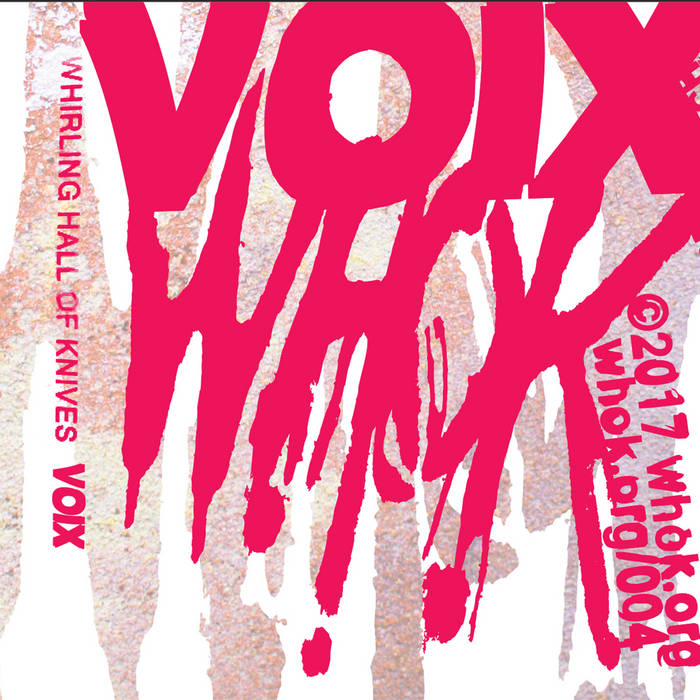 Nic Brown Whirling Hall of Knives are dyed-in-the-(wire)wool techno mavericks whose gleeful recalcitrance behind the mixing desk marks them as kindred spirits of such purist-baiting miscreants as Monkeybone and Gesloten Cirkel. "Voix", the follow up to 2016's searing "Decate", sounds like it was riveted together in a machine shop rather than a recording studio. On opener “Selectivsnapp”, synths mimicking the anguished groans of scrap metal being wrenched into fractals are underpinned by blunted kicks like the metronomic stomp of a gigantic die-stamping machine. “Vooidtexx” is similarly attritional, hurling wrecking ball beats into a smelting vat of angle-grinder distortion. WHOK don’t restrict their scorched genre policy to techno, however. “Fyls”, for example, is a hypertensive electro banger in the vein of Privacy’s fearsome “Apex Predator”, whilst the caustic crawl of “Sol Tryst” has more in common with doom metal than Drexciya. “Voix” does feature one beatless interlude, but don’t expect any scaling back of the sonic aggravation: “Ohmpyre”’s ambience is that of a hot-wired JCB being revved across the Rubicon by a homicidal construction worker. Fuck propriety, protocol and punctilio, “Voix” is 28 minutes of hair-raising dance floor insubordination that takes an oxyacetylene torch to your cerebral cortex. More of the same, only better? Too right.

More of the same, only better...