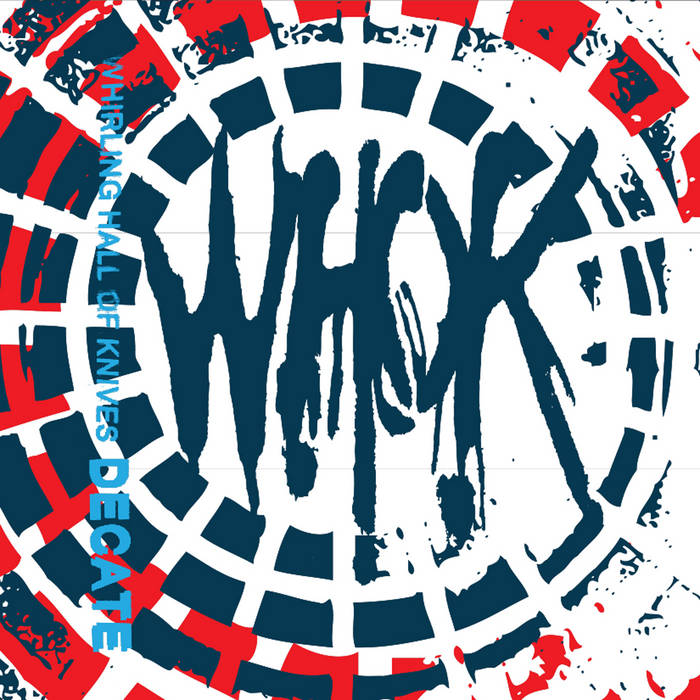 Nic Brown I don't know what I love more about Whirling Hall Of Knives (named ... well nearly ... after a Butthole Surfers track and that's a plus in anyone's CV); their utterly anarchic, fuck you approach to making techno or the fact that said techno is parsecs in quality away from the migraine-inducing, identikit thud 'n' distortion tripe that so many producers working in roughly the same area produce. Another favourite of mine, Container releases an album a year and you know before you press play on your iPod that it will be loud, vicious and maybe even a touch sadistic, but in a way that undoubtedly has the gene for wild enjoyability written into its DNA. Though their sounds are a good distance apart (with the similarly lauded Container, it's all about the power of the kick drum and what fun can be had with the manipulation of its timbre, etc when its heaviness is ramped up to concrete splitting levels. WHAK are arch-distortionists, splattering their grainy, punked-up techno with an eye-watering battery of talons down a blackboard sonic astringency, each track a misfiring maniac-driven jalopy that seems likely to explode at any moment. I've played "Decate" to death since I got it and it also begs the question, why am I so addicted to music that punishes more than it entertains. I suppose it's for the same reason that the gorier a slasher flick, the bigger its cinema audience and why, despite being the poor being criminalised and having the indignity of visiting food banks to stop their children from starving forced upon them, some working class people still see fit to vote Conservative. Anyway, polemic over, listening to "Decate" offers that rare mincing your head in a caterer's blender without the need for hiring a cleaning team to exsanguinate the carpets and remove fragments of your skull from the woodchip experience you should submit to least once in your life; in my case once a day for at least a fortnight. Storming. Favorite track: Rattle & Sturm.

Ten years since their formation after being invited to collaborate at the Dublin Electronic Arts Festival, Whirling Hall Of Knives (WHOK) drop their eight full length release ‘Decate’. Its eleven tracks of grinding noise-scapes, blasted beats wreathed in buzz and crumbling in-the-red distortion.